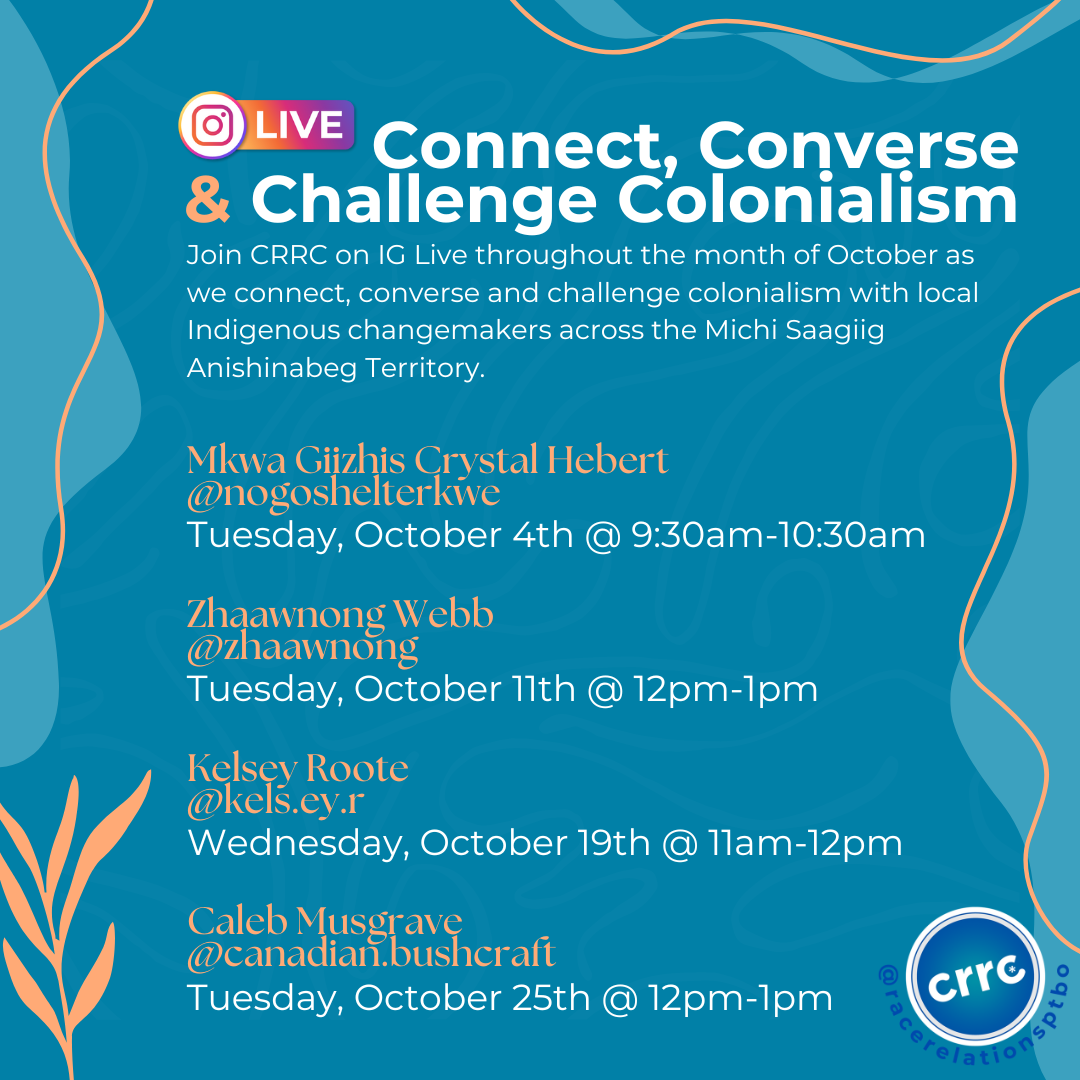 Join the CRRC on Instagram Live at @racerelationsptbo throughout the month of October as we connect, converse, and challenge colonialism with local Indigenous changemakers from across the Michi Saagiig Anishinaabe territory. 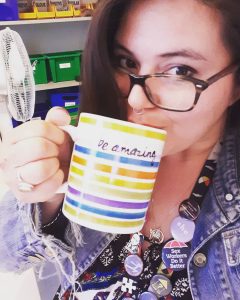 2-spirit water protector/artist/advocate living and working in Nogojiwanong community since 2012. Survived lived experience of child welfare, homelessness, exploitation as well as addiction, disability/neurodivigency, domestic and sexual violence who has become a home and business owner as well as a consistent fixture in Nogojiwanong community. My focus is Low-barrier access to ceremony and medicines and supporting people who use drugs from an Indigenous Harm Reduction approach. Zhaawnong Webb is a member of the Crane clan in the Anishinaabek Nation and is from Kitigan-Zibi First Nation, as well as a proud Michi Saagiig Anishinaabe inini born and raised in the Kawartha Nishnawbe community in Burleigh Falls Ontario. While studying Indigenous Studies at Trent University, Zhaawnong began his creative journey in September of 21’ while starting his academics and reconnecting with his Anishinaabe culture and ceremonies. Since then, he has gained significant momentum in his social media journey. With his new found passion for content creating, Zhaawnong hopes to connect more with his Anishinaabe culture and show Indigenous youth to be proud of who they are. 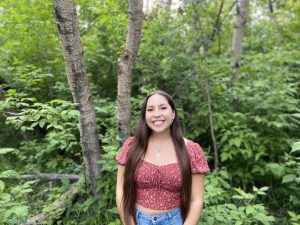 Kelsey Roote (she/her) is a Dutch and Anishinaabe kwe from Saugeen First Nation. She grew up on Treaty Six territory in what is known as Edmonton, Alberta. She now lives in Nogojiwanong, pursuing an education in Indigenous Environmental Studies at Trent University.

Kelsey has spent the last several years exploring her culture and position as a mixed Indigenous person. She has been reconnecting and learning from various teachers from the prairies to Nogojiwanong. Over time, Kelsey has developed a passion for learning about and protecting our land and waters. She has also picked up learning Anishinaabemowin as she is determined to revive the language in her family and community.

Growing up Kelsey has witnessed and learned about several issues that Indigenous peoples are unjustly faced with. The work she does now is influenced by the lack of attention and action taken to resolve these issues. Over time, she has worked on several projects to bring attention to injustices Indigenous peoples face and is adamantly working towards turning the attention into action. 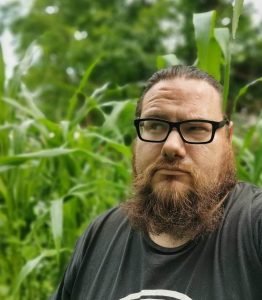 Caleb Musgrave is a Mississauga Anishinaabe man from Rice Lake Ontario, who has been training in wilderness survival, bushcraft and traditional woodcraft since he was a child. Since 2008, Caleb has been the owner and director of Canadian Bushcraft,  Ontario’s leader in wilderness skills ranging from blacksmithing and homesteading, to week long survival training courses, to guiding long trips into the backcountry. He has hosted celebrities, and entire universities, teaching everyone who comes his way. Caleb has trained over twenty thousand individuals, both in the field and in the classroom. Since 2019 Caleb has been the host of Aboriginal People’s Television Network’s Wilderness and Cultural Survival series “Merchants of the Wild”. Outside of visual media, Caleb is also the host of the Canadian Bushcraft Podcast (opens on Spotify), a weekly online radio show, discussing all things wilderness.